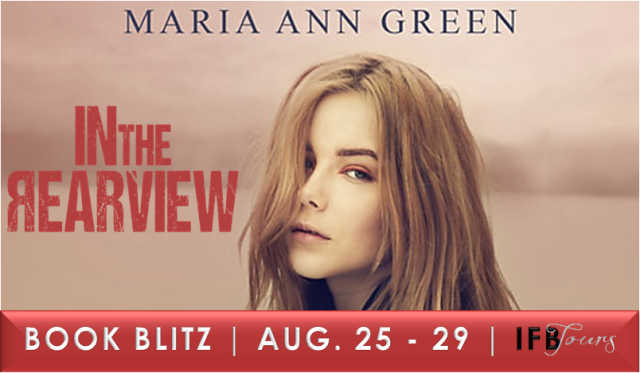 Check out Maria Ann Green’s In the Rearview promo event hosted by Itching for Books. Continue for an excerpt and enter the giveaway: 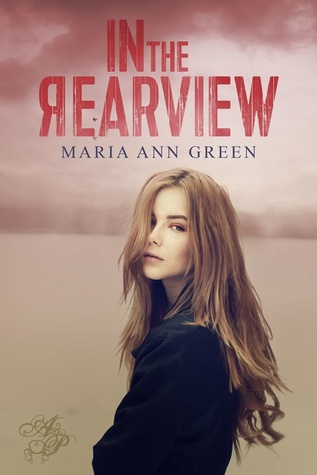 Release date: August 19th 2014
Publisher: Astraea Press
Purchase: Amazon | B&N
Synopsis via Goodreads:
When Meagan’s secret is found out, and she realizes there is no way to outrun her habit of cutting, she tries to work through it, and her depression, before she cuts too deep, making a mistake that can never be undone.
Meagan’s problems aren’t like every other adolescent’s no matter how much she wishes they could be. Hers are worse. They’ve pulled her down into the depths of a depression that is anything but normal. She begins her pattern of self-harm as her depression threatens to drown her. She starts with one cut that leads to the next, and the next. After starting, it’s apparent that there’s no stopping, and Meagan spirals into a dark and cruel world she doesn’t understand. Meagan cuts to feel better, but that comfort doesn’t last long enough, and soon life is worse than it ever was before.
While learning to quit cutting Meagan faces life-altering obstacles and grows up in the process. IN THE REARVIEW is a story of pain, loss, confusion, and hope told through Meagan’s poems, journal entries, and a splash of narrative.

Maria Green currently lives in Minnesota, despite its bitter winters, with her husband. She graduated with a degree in Psychology and a minor in English. When she isn’t writing, Maria loves to read with a cup of strong coffee or a glass of sweet wine, craft, and spend time with her family. This is her first published novel.

EXCERPT
===============
Meagan stared down at her desk. Her focus moved beyond the assignment in front of her without actually seeing what she was looking toward. There were lines, spaces of white, and blobs of writing, but nothing seemed important enough to consider closely.  Truthfully she didn’t care.
She didn’t feel the need to focus.
Her gaze slowly moved up to the front of the classroom, and again she fixated on a point past what was before her. She did not concentrate on the teacher. There was a face, a moving mouth, but she didn’t connect it with the sounds struggling slowly, like sticky sludge past her ears. She didn’t hear the instructions being uttered; each word fell on deaf ears as she mindlessly doodled.
Twisting her hair around her finger, she thought about how nice it would be to be at home, in bed, with the curtains closed instead of in this loud and hyper school. It seemed her classmates had recently started caring too much about what was going on around them. There was too much drama, too much noise, too much concern jumping all around her. It was all so taxing.
It was such a bother.
Meagan, in contrast, was usually in a world of her own. Her head felt fuzzy most of the time, and unless she used a lot of energy, most conversations sounded muffled, like there was cotton in her ears. She didn’t feel the need to engage anymore. Her desire to try so hard just to do what had once come easily had dwindled to nothing. At first she’d tried, but not now. Not anymore. It had become too difficult to care.
And that was her biggest problem. Meagan didn’t care much about any of these changes. She was fine walking through school without any effort. Her feet felt a little heavier as each day passed, and her head felt a little more under pressure of a crushing fog that numbed her, but she pushed through it all. She didn’t mind neglecting what used to bring her excitement. In fact, it was just easier not to give a crap.
Everything was distinctly lackluster these days.